The advent of smartphones resulted in a short period during which industry leaders were left with an ambiguous choice: is cellular a better technology because of the rapid introduction of new features such as text messaging and GPS, or do the pros of two-way radio still outweigh the cons?

Today, the choice is less ambiguous because two-way radio manufacturers rapidly integrated common cellular features into their products, including location tracking, instant notifications, and a long list of accessories such as headsets and car mounts.

According to a 2014 report by VDC Research on the benefits of two-way radio versus cellular, annual failure rates of cellular devices are a whopping 18-20% compared to the relatively small 4-8% of rugged two-way radios. The same report estimates a loss of between 60 and 120 minutes of productivity each time a device is damaged, highlighting the problem of downtime due to cellular device failure.

Furthermore, emergencies often leave cell networks vulnerable to systemic overloads making most smartphones and tablets all but useless when they are needed the most. Not having to deal with network outages makes modern two-way radio a better choice where reliability is the main concern.

Reliability of two-way radio gradually diminishes outside a certain radius. Although new technology greatly increases this radius, the value of two-way radio still decreases when workers must travel outside of local regions. Therefore, industries which require frequent long-distance travel may find cellular networks a better choice.

Two-way radio requires an initial capital investment in order to install the infrastructure needed to relay the radio signals. However, the purchaser owns the complete system outright and does not pay a monthly contract for talk-time minutes or data. As such, large firms can recoup a two-way radio investment in a few months when compared with a comparable cellular deployment.

Smaller businesses who cannot afford the initial capital outlay of buying a two-way system are not shut out from the benefits of two-way radio, however. Many dealers can rent systems on an as-needed basis for very affordable prices, perfect for short term engagements such as a movie production or temporary construction site.

Another key advantage of two-way radio is simplified conferencing. All users of a system can hear every broadcast when dialed into a particular channel, which makes coordinating group action much easier than having to call individual employees a la cellular.

A plus is that having all users on the same channel also decreases the chances of any of them abusing the system or “goofing off,” which leads to less loss of productivity.

This simple analysis of the advantages and disadvantages of two-way radio versus cellular leaves the former as the top contender for businesses where the reliability of mission-critical communications is paramount. For these, two-way radio is ultimately more cost-effective and easier to use than cellular, and keeps workers in-touch and productive even in instances where communications networks are unavailable.

EventTone Wireless Is A Proud Sponsor of Visconti Motorsports!

EventTone Wireless is Extremely Proud to Be Associated With St Jude Children’s Hospital. 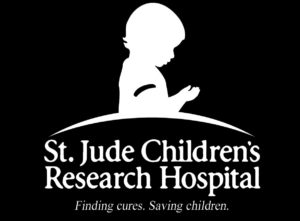 LEARN HOW YOU CAN GET YOUR FIRST RENTAL FREE

EventTone is enormously proud to be able to list some of the finest, most respected companies in the world as our clients.  If you’d like a copy of our abridged client list, click the link below.
CurrentClientList 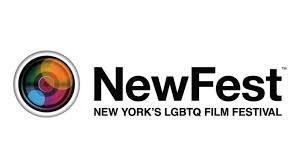 I've been working with EventTone on various projects since 2015. Their equipment is always top notch and they just make everything very easy.

They saved my job! We were producing a music video and forgot to rent radios for the production. When I called them and told them I needed equipment in an hour, they jumped into action. The drove almost an hour, 1 way, to get us what we needed. They really are wonderful! Great equipment and really helpful staff.

We've been working with EventTone for years and their service and equipment is second to none!!

When your team is on site, text and email are not the most efficient means of communicating. Many of our largest exhibit and event projects have been greatly enhanced by using multi-channel digital radios from Event Tone Wireless. Whether it’s from booth to booth, hall to hall or across town - Event Tone helps us get the words to and from our team, instantly. I recommend adding Event Tone Wireless to your preshow checklist.

We've been using EventTone exclusively since 2014 and wouldn't use anyone else.

We've been working with EventTone Wireless for 5 years and counting. We use them for most of our large, city wide events. Their equipment is great and they've very easy to work with. 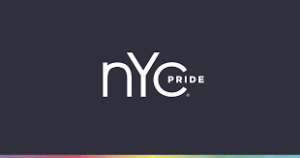 I have worked with EventTone Wireless many times over the years and have always found them to be extremeley helpful. They're equipment is excellent and they've customer service is the best!

Outstanding Service and Great Equipment. I've been working with them since 2015 and they never disappoint.

David B. – Independent Event Professional Based In New Orleans

These guys are great. They never say "no." I was organizing everything for a large event in NY and completely forgot to order radios for the Barclay Center. I emailed a bunch of providers on a Sunday night and needed the radios delivered to Brooklyn by 8:00am Monday morning. THE ONLY RESPONSE I GOT WAS FROM EVENTTONE. They had the order there by 7:50 Monday morning. Their delivery guy actually beat me there.